Entering the state tournament as the #3 seed from the CGHL Mountain Division with an 8-6-2 record, the Aspen Leafs took care of business claiming a CGHL State Championship with a undefeated weekend sweep (4-0-1).  Kylani Nakagawa led the team and tournament with 6 points (2 goals, 6 assists).  She scored her biggest in the championship game, a breakaway highlight and game winning goal to claim a 2-1 victory over Boulder.  Goaltender Viola Sterk was simply impressive throughout the tournament, leading all teams in wins (4), save percentage (.900), and goal against average (1.00).  The Leafs began the weekend surviving and completing an epic 3-3 comeback with a late tying goal against top seed Vail, who entered the tournament with an undefeated league record.  In game two, Aspen played gritty enough and smart enough to outlast a hard working Colorado Springs team, claiming a 2-1 win.  In game three, the Leafs rolled over the Highland Hills Jaguars 3-0, setting up a must win game against Mountain Division rival Telluride.  From the drop of the puck, the Leafs made a strong statement by dominating play and earning the right to the state championship game with a convincing 5-0 win.  In the finals, the Aspen defense outlasted Boulder, and the Leafs found themselves with enough goals to knock off the top seed from the Front Range Division, happily claiming the championship title.

The 2020 Aspen 19U team made history by finishing with a perfect undefeated 25-0 record and winning their third straight State Championship.  Since February 2018, the 19U team continues on an impressive unbeaten streak of 52-0-1.  Three of those wins reflect the work put in this past weekend at the CGHL Championships in a double elimination tournament at the Edge Ice Arena (Denver).  Entering the action as the top seed and only team to receive a first round bye, in their first game Aspen dominated the Colorado Select, recording a convincing 10-0 victory.  In game two versus New Mexico, senior Laney Martens got things going after blasting a one-timer past the Mustangs goalie on route to an 8-2 win.  In their third and potentially final game, needing only one more win to capture the championship, Aspen was again paired with New Mexico.  Showing skill and control, the team skated to a seemingly easy 6-2 victory. Martens led in scoring with 13 points (8 goals, 5 assists) in front of senior goaltender Sammie Jaworski, who only allowed 4 goals in the tournament.  Jaworski finished her final season with a jaw dropping .976 save percentage and 0.41 goals against average in league play; she was the starter for Aspen’s current winning streak--two full-seasons of undefeated play. 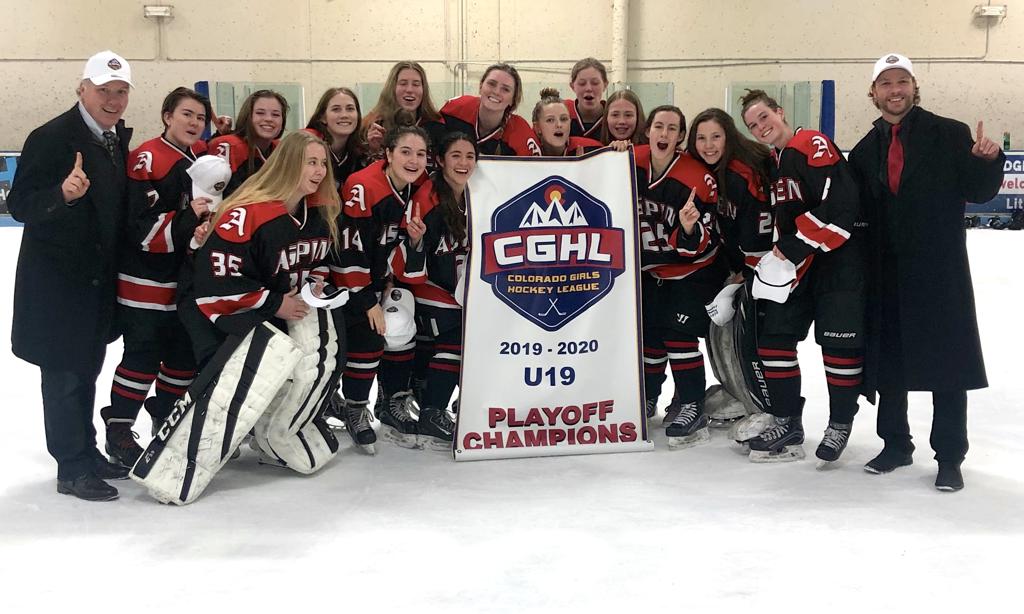 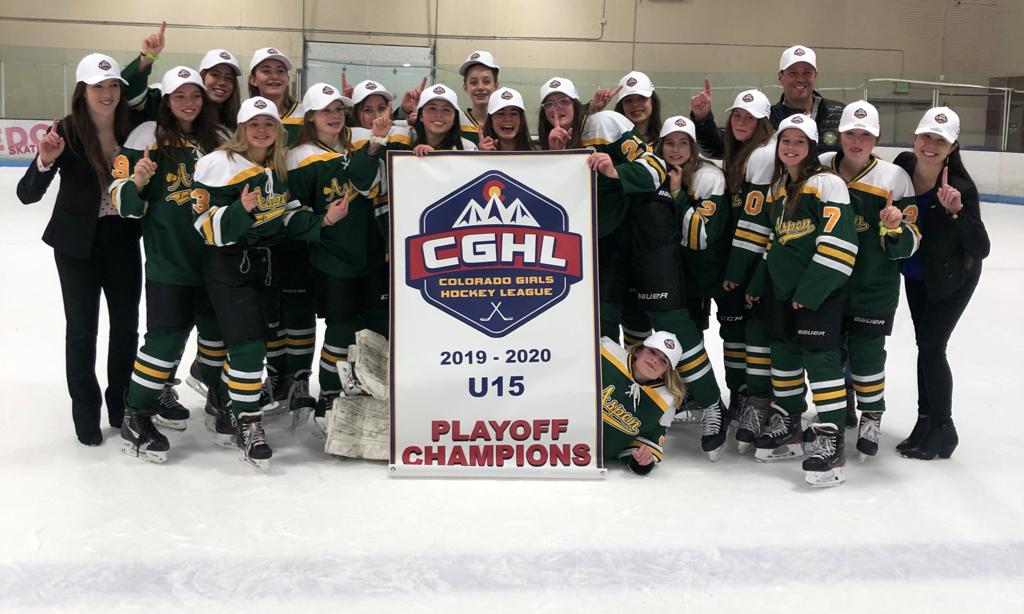